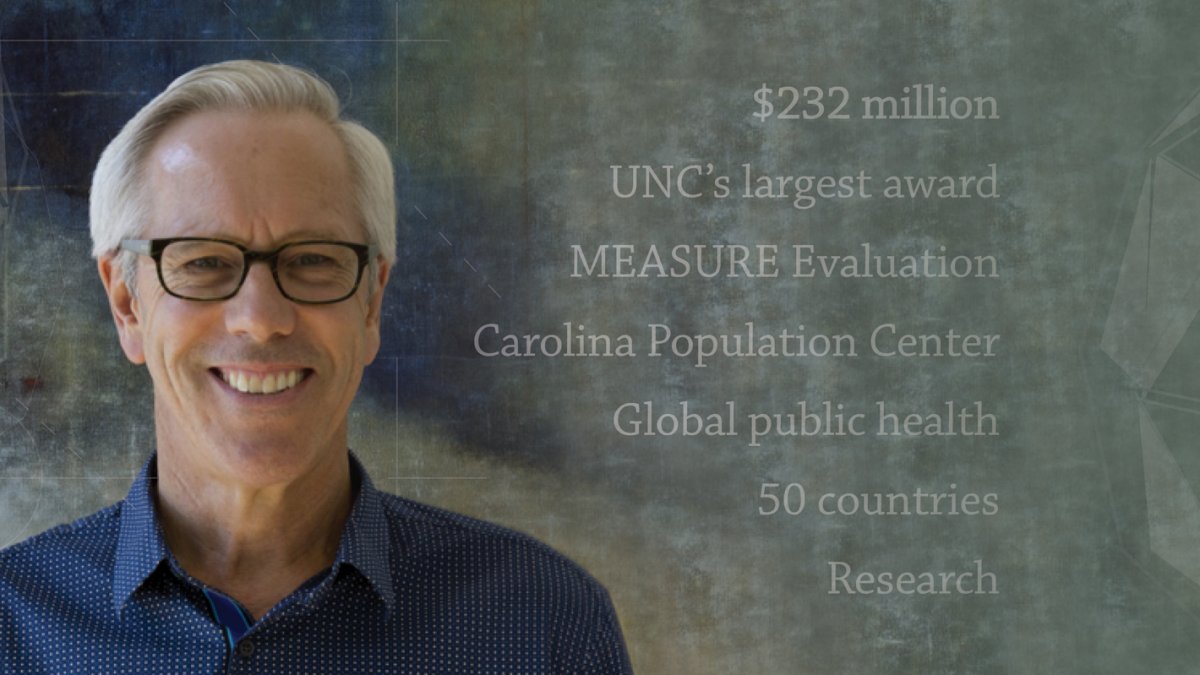 One of the largest research awards made to the University of North Carolina at Chapel Hill (UNC) just got bigger, making MEASURE Evaluation not only UNC’s largest project in global health, but the largest single award the university has ever received, at $231.9 million.

MEASURE Evaluation is a five-year cooperative agreement funded by the United States Agency for International Development (USAID) led by UNC’s Carolina Population Center (CPC). Three years ago, the project was awarded one of UNC’s largest awards ever—$179 million for MEASURE Evaluation to work with developing countries to strengthen their public health information systems. Because of the project’s strong reputation for excellent work, the demand for its service has steadily increased. USAID just added another $52 million to the project’s funding ceiling.

Led by UNC, the project has five partners: ICF; John Snow, Inc.; Management Sciences for Health; Palladium; and Tulane University. In addition to the $232 million, the project also has managed awards from USAID with nearly $72 million in funding ceilings for operations in three African countries: Kenya, Tanzania, and South Africa. These awards increase the combined overall project funding ceilings to $303 million over five years.

USAID has chosen the project to assist in almost every country where it works, especially in Africa. In just the last three years, that has included nearly 50 countries and regions. The project helps those countries build information systems for collecting and using health data. It supports them to guide their public health systems with evidence from that data. The additional monetary award comes because there is more demand for these services. This fact is rewarding, not because it makes the project big, but because it demonstrates that it is making a difference worldwide.

“We’ve seen some countries and regions increase their capabilities to generate better data for health,” says Jim Thomas, associate professor of epidemiology in the Gillings School of Global Public Health, and director of the MEASURE Evaluation project in the Carolina Population Center at UNC. “That’s a gratifying accomplishment of our work. It’s important because reliable data are the building block to improve health services for people who need them most.”

MEASURE Evaluation also provides results for UNC and for North Carolina. It contributes to UNC’s impeccable reputation for research rigor and contribution and its status as the flagship center of higher learning in the state. The project contributes to making the Research Triangle a major hub for global health in the United States, joined by RTI International, FHI 360, IntraHealth, and others. These organizations collaborate to bring more grants and awards to the state. With these awards, North Carolina is playing an important role in shaping the world.

Closer to home, MEASURE Evaluation provides salaries for more than 100 people in the Chapel Hill headquarters. Several of these people are UNC faculty helping to guide students and providing scholarships at UNC. The project provides hands-on research experience for many public health students—several of them working towards their doctorates. And some of them later work with MEASURE Evaluation.